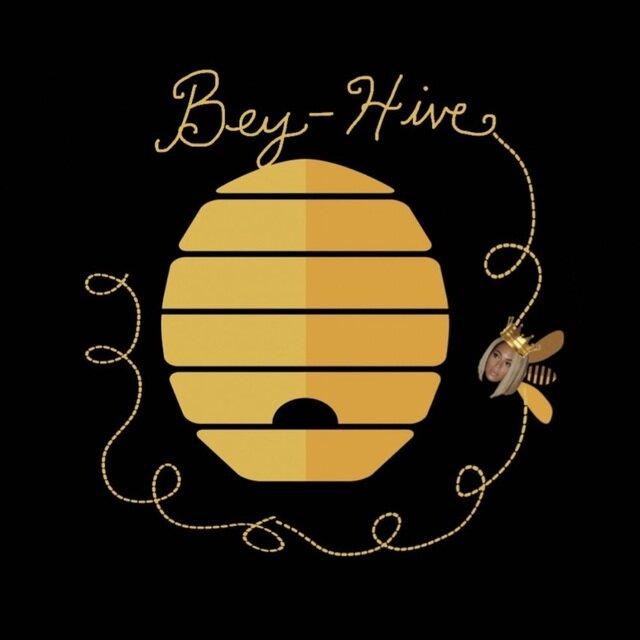 What you can see in this Space

Then if their favs do have successful careers like Taylor Swift or Britney Spears for example.. oh no… They’re not in the Illuminati even with all of Britney Spears antics with shaving her head and hitting bibles with umbrellas but Beyoncé and Rihanna are in it. 😂- I hate to pull the race card but why does Beyonces success have to be due to devils worship but the other girls are just having mental break downs when they go off the rails???
Also on top of society being harsher on women, these were two Black women (Lizzo & Beyoncé) who were accused of being ableist for using The word. I don’t see this treatment for anybody else.
Beyoncé got in the studio and said “Oh… since we making lyric changes, go ahead and pop her ass off Energy before I win album of the year”😂
I've never been oppressed for being an epileptic, and I don't even see folks using that word in that way anymore. Trying to make this a cancel moment— for her and for lizzo earlier— is so ridiculous. No parts of either song felt oppressive in any way, mostly because it has a totally different meaning in aave anyway
I’m glad she removed it. Beyoncé tried to give her some recognition for something that Kelis DIDNT EVEN MAKE. Her vocals weren’t used or anything. Just the beat that The Neptunes made and owned. And the song is still gonna sound amazing without her. She is mad and now she is out of a bag from that credit.
So… ashamedly — I’ve never seen Beyoncé live. And I’m trying to get tickets to this next tour. That said, I imagine that as soon as the tickets go live they’re going to sell out. Does anyone have any tips or tricks to scoring good seats as soon as the tickets go on sale?
Hi all... My name is Zach and I'm a Renaissance addict. I've incorporated this album into my morning, midday, and night time routines... Nobody in my family suspects anything, but I know I had to talk about it at some point. 🙏
I know it’s blasphemous to say but I feel cuff it and plastic off the sofa are my least favorites but they could easily change I can find new a favorite every couple days😅
No lol cuff it and plastic off the sofa had to grow in me as well.. Cozy, Heated and Summer Renaissance are my faves..
Just got back from the gym and I’m literally outside in the middle of a thunder storm soak and wet blasting Alien Superstar. My neighbors looking at me like I’m crazy asf lmaooooo
Extremely Huge and unexpected. Fk the Illumination People. They always have something to say. The best is when you ask them what artist they support and it’s literally people with unsuccessful careers who support Beyoncé themselves. #afuckingjoke 😂
Oh I haven’t seen her live either and you best believe I will not miss this time around 😔because I’m not sure she’s going to be going on tour too much more after this one. As for buying the tickets pre-log into the website have your credit card ready and pray😂 
Cuff it is not in my top ten.. I love the last little bit but ehhh overall to me.. I would have loved to see Cozy or Alien take the next single
Some hive  members watched the lyric video for I’m that girl that had the numbers 08 20 in it and they determined that that meant that she was releasing something on August 20    😅 she did release a teaser for it so it made sense at the time😂
Wow it’s been officially a year since Beyoncé dropped Renaissance💜
Summer Renaissance isn’t my favorite 🙈 the transition back to I’m that girl is great tho
Don’t y’all think cuff it is the weakest song on renaissance?
Church girl is good….. she really doesn’t care about charting anymore because cuff it and alien superstar are right there 🫤
The “weakest” song is definitely All Up In Your Mind. Cuff It is somewhere in the top 10
They way Renaissance has me feeling like I’m in “Paris is Burning”. The amount of respect put into this album is unreal artistry lmao
Mohamad what’s your favorite Beyoncé song?
If I was Beyoncé I would release some visuals as a bday treat for my fans😌
cuff it is a rollerskating classic but plastic off the sofa is also my least favorite 😔
top three alien superstar, heated, pure/honey
It’s the most commercial safe song on the album 💿
I’ve been blasting America has a problem and alien superstar at the gym all week😅
I'm disabled. In the way people get called spaz for. I have epilepsy, I literally spaz. And this whole twitter conversation is so funny to me.
Hiii I cannot decide between alien superstar, energy or move feat grace Jones
Let’s thank Bey for exposing all of our homophobic black sisters who didn’t get into the album because “they don’t mess with music like that.”
Not the gym I go to in white ass Tulsa Oklahoma playing Renaissance in its entirety lmao

On SPACES, you can find thousands of group chats for queer people to connect over topics you are passionate about. Discover all Spaces here!

Spaces is currently only available on iOS.

If you don’t have an iOS device, please enter your email below and we’ll let you know when we release on additional platforms.

Be Yourself. Find Your Space.

Spaces, powered by Hornet, is a platform for queer people to connect over shared interests. Discover new hobbies, find nearby events, and plan meetups to hang out with other like-minded LGBTQ folks — online or IRL.